Although, it can take some time to realise that.

It certainly took me a couple of days…

In the days following my diagnosis, I was able to find my peace. I wrote extensively about it in the journal I’ve been keeping. My thought processes were very much driven by the provisional diagnosis that I’d been given: that there was a large primary tumour in my bowel, activity in the lymph nodes, and seven metastases on my liver. My chances of surviving five years, as that stood, was about 3%.

I was preparing to die.

A couple of weeks later, the PET/CT Scan would show that only one of the liver mets was cancerous. The biopsies of the surgically removed lymph nodes, during the bowel resection, would show only one was infiltrated. This improved my chances by an order of magnitude, to about 33%. And, hey, four and a half years later; I’m still here.

But back then, I was thinking that I was shortly going to die, and thinking about my life so far, and realising; I could be at peace with that. 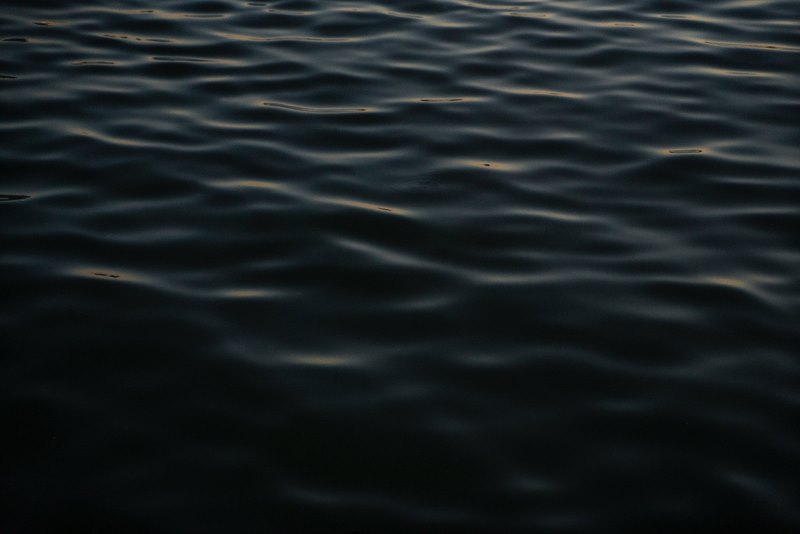 Despite the impact of cancer, I was able to find peace. Photo by Tobias van Schneider on Unsplash

Growing up, I never really expected to be happily married with two great kids at the age of 43, but I was. The insurance payouts, on my death, would pay off the mortgage and leave Julie and the girls financially sound. On top of that, the company we own, G & L Consultancy Ltd, was going great guns, under Julie’s leadership. If it came to it, I could die knowing that I’d done my bit.

I was at peace.

I spoke to Julie and explained, ‘While it’d be nice to defeat the cancer, I was okay with it defeating me.‘ Julie nodded sagely, and then pointed out that it wasn’t just about me; that my death would have a hugely negative impact on her, the girls and my family. That I shouldn’t be okay with the idea of dying; that I should only be focused on fighting it and staying alive.

I was no longer at peace!

I was able to find my own peace again later. This was very much helped by the improvement in my diagnosis and the fact I was being treated as curative. But, even when I was switched to palliative care, a couple of years later, I’ve remained focused on the reality that all these things are happening to us. Not just to me.

Look at it this way, there are two outcomes for me: 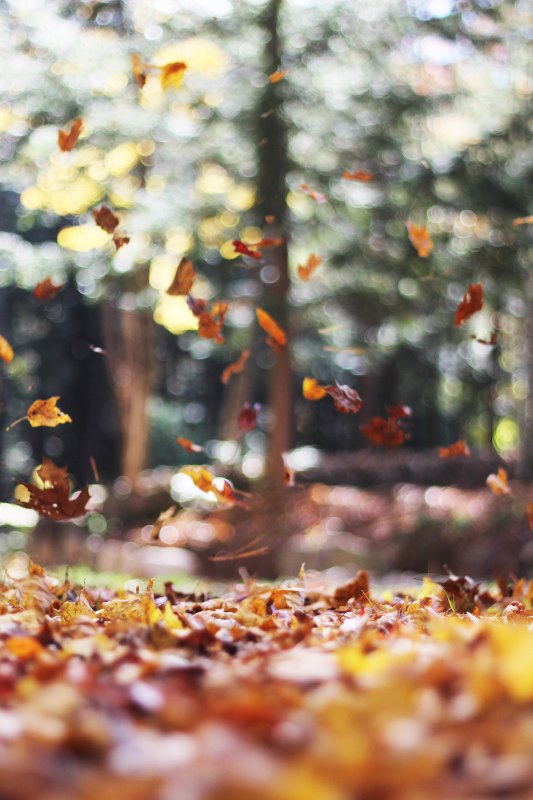 In both options, I battle the cancer. That’s easy for me, I have the treatments and I struggle though them, to a greater of lesser extent. During that struggle, I just keep my head down and get on with being looked after. By the people around me. But all they can do is watch me struggle, knowing they can’t do anything to take it away. This results in an ongoing sense of helplessness, which is an incredibly stressful situation.

On top of that, those closest to me have to do all the things that I’m supposed to be doing, but can’t because I’m ill. In my case, this was looking after the house and doing the cooking. It was also looking after the girls in terms of their schooling. School runs, helping with homework, filling in paperwork for school activities. Julie had to take all of that on, on top of running the company and looking after her cancer-ridden husband.

The stress on Julie was immense.

Additionally, she couldn’t talk to me about any of this, because she felt I had enough going on, dealing with the treatments. The person that she’d normally share her life stresses with, was out of bounds…

And this, I think, is the biggest impact of cancer on the loved ones of a cancer patient; not having someone to talk to.

Julie felt she couldn’t talk to me, because I’d then worry about her.

The girls felt the same way, and they felt they couldn’t talk to Julie because then she’d worry about them. And they thought that Julie already had too much to worry about.

My parents also have a particularly difficult time of things. They rarely feel able to express their worries about me, to me. But having their eldest son battling cancer for so long, in their lifetimes, is very much not what they signed on for. But they can, at least, discuss things with my brothers.

My brothers, of course, have each other, and their own wives, to talk to but none of this is easy.

And it’s vital that everyone does have someone to talk to. To share with. To offload on, when necessary. Trying to internalise all the fear and stress that you feel when someone you love is fighting cancer, is not a healthy course of action. It simply ramps up the levels of stress that are already being felt, which will have serious health implications in the long term. 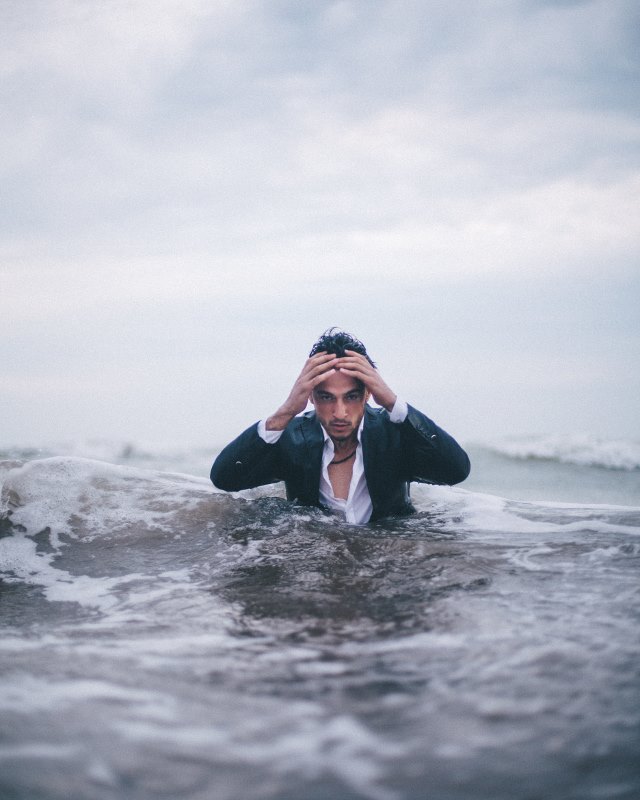 Everyone has to cope with stress and worry in their own way.
Photo by Mubariz Mehdizadeh on Unsplash

I, for my part, share with Julie. Because I have to talk to someone and Julie needs to know. If only to work out when she needs to set up an account on eharmony…

Julie can talk to her mother or sister but also has a friend, or two, who are very good listeners.

My biggest concern, though, has always been the girls. They don’t feel able to talk to either of their parents, during the difficult times. The rest of the time, we can discuss my cancer quite comfortably. Too comfortably, really, my battle with cancer has been going on so long that it’s almost become normalised. That’s a dreadful thing for the girls to have to have made normal in their lives…

During the difficult times, it’s different. But each of them has at least one close friend they can talk to. Someone who has gone through a relatable scenario and who can be supportive. In this way, we know that the girls have the outlet that they need. I know this because I check on a regular basis because, I feel, this is too important to get wrong.

Outside of carers and family, there is the impact of cancer on friends and acquaintances. Almost universally, there is the feeling, from friends, that they don’t know what to say or do. This is perfectly normal. Why would anyone know what to do or say? It’s not like there’s a manual for this. Actually, there probably is somewhere but, unless you’ve actually read it, the existence of such a manual becomes irrelevant when I casually drop into conversation that I’ve got cancer.

In my experience, the impact of cancer on friends and acquaintances, leads to one of four reactions from people:

And all of these reactions are fine. I completely understood that everyone is dealing with my situation as best they can. However, over time, I found myself avoiding the group 3 people, because I find it exhausting.

At certain times, over the last four years, my life has been completely dominated by the impact of cancer. At these times, the only answers I have to any questions about myself are cancer related. When this happens, the group 2 people end up being forced into either group 1 or group 4.

Group 4, is my preferred place for people to be. They are able to talk to me as they would have before the cancer diagnosis. Which means we are able to talk about cancer, among everything else, negating the impact of cancer on both of us. 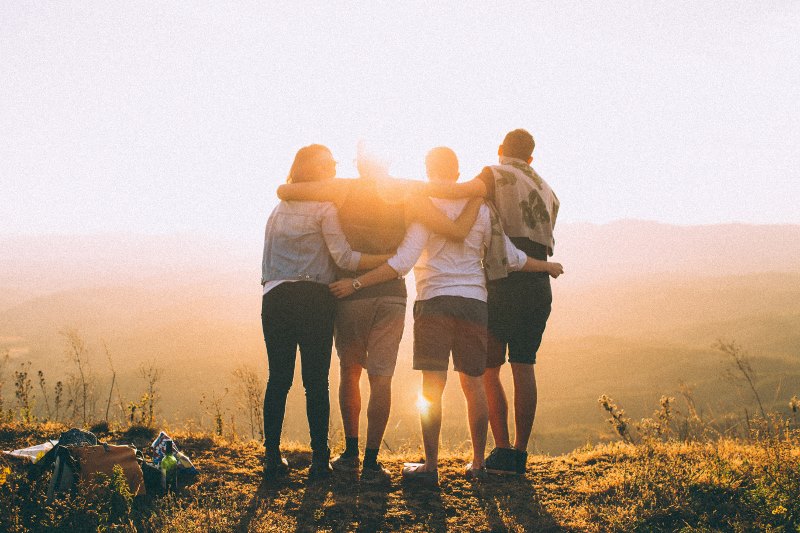 There’s no right or easy way for your friends to react to your cancer.
Photo by Helena Lopes on Unsplash

But, it isn’t about me. It’s about how the people who know me process the fact that I have cancer. The impact of cancer on a friend or acquaintance is different for everyone. Some people will already have too many things going on in their lives, to deal with someone else’s drama with cancer. Which means, cutting ties with with someone like me, is the best thing to do. For all concerned.

Generally speaking, though, the the closer you are to the person with the cancer, the greater the impact.

And the most vital thing, for those who are impacted the most, is that they have someone to talk to. Someone to help take away the stress relating to loving and/or caring for someone with cancer.

If you’re diagnosed with cancer, or are close to someone who is, one of the first things you need to ensure is that everyone involved has a suitable, reliable outlet. Doing so will significantly reduce the impact of cancer on  all of you, and help you all keep going through some difficult times.

Living With An Ileostomy Bag After Bowel Surgery